Smoke on the Mountain tells the story of a Saturday Night Gospel Sing at a country church in North Carolina’s Smoky Mountains in 1938. The show features two dozen rousing bluegrass songs played and sung by the Sanders Family, a traveling group making its return to performing after a five-year hiatus. Pastor Oglethorpe, the young and enthusiastic minister of Mount Pleasant Baptist Church, has enlisted the Sanders Family in his efforts to bring his tiny congregation into “the modern world.” Between songs, each family member “witnesses” – telling a story about an important event in their life. Though they try to appear perfect in the eyes of a congregation who wants to be inspired by their songs, one thing after another goes awry and they reveal their true – and hilariously imperfect – natures. By the evening’s end, the Sanders Family have endeared themselves to us by revealing their weaknesses and allowing us to share in their triumphs. 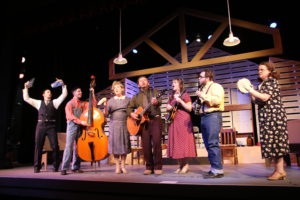 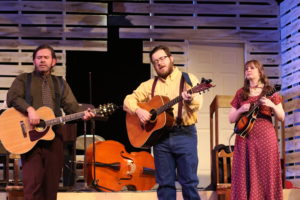 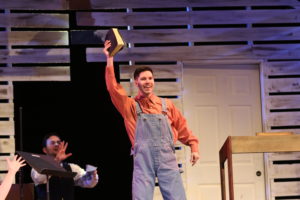 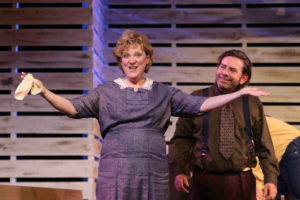 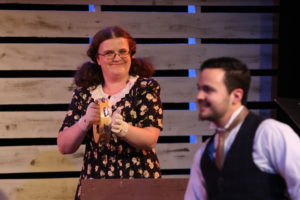