Valentines at Strauss  Dinner and Dance was presented on February 14th on the stage of Strauss Theatre Center.  Back by popular demand, The Rod Allen Payne Trio featuring Adam Jones and Lisa Spann provided stellar entertainment.  Dinner catered by Pat Nolan.  Valentines at Strauss is a perfectly romantic evening of Dinner/Dance on the actual stage of the theatre. 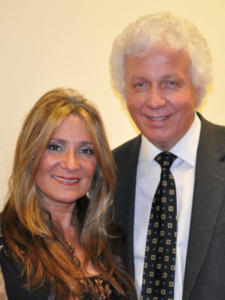 Rod Allen Payne is, without question, this area’s most visible musician.  His command of many different styles of music has kept him busy at the piano and keyboard for more than 40 years.  He has performed for hundreds of corporate events, wedding receptions, dances and society affairs.  In addition to performing, Rod has written jingles and theme songs.  His lost list includes the National Organization of Women, Lady Techsters, National Teenager Pageant, First National Bank, Scott Truck and Tractor and many more.  When asked if it’s time to slow down his schedule, his answer is “No, there’s so much more to learn and enjoy with music.”  He says playing with outstanding musicians and singers like Lawrence Gibbs, Lisa Spann and others keeps the music fresh and challenging.

Lisa Spann cut her musical teeth in school and church choir.  A proud native Louisiana Artist, she is a versatile singer who is able to sing selections of music from many genres of music, from jazz, blues, rock, country, pop, to the classics.  A big honor for her was singing with Louisiana Legend Doug Duffey, at the 2003 New Orleans Jazz Fest and on several of his recordings.  She has also worked with another Louisiana Legend, GG Shinny’s.  Other performances with Rod Allen Payne, The Buddy Terzia Band and the Louisiana Legacy Orchestra, have also added to her list of accomplishments.  She has formed her own group, Lisa Spann and Company, and regularly performs at Landry’s Vineyard. 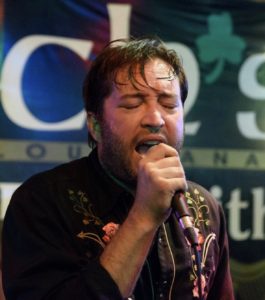 After graduating from Louisiana Tech University with a BFA in music performance, Adam Jones toured the Southeast with the popular band Howard Shaft.  They played hundreds of shows including Universal Studios in Orlando and The House of Blues in New Orleans.  Adam also provided lead vocals for The Levees, a high energy group that blended elements of rock and roll, country, blues and zydeco.  Adam also continues to perform with several Big Bands featuring great tunes from the American Songbook.  Adam’s command of a variety of vocal styles keeps him busy.  You’re likely to see him anywhere in the South.