Schylar Danford-Berry is playing Maria LaRue. She’s lived in Monroe, Louisiana for the majority of her life. A graduate of Ouachita Parish High School as well as ULM as a Musical Theatre major. She currently works as a barista at Starbucks. She’s been absent from the theatre for around seven years, but recently returned as part of the ensemble in the Strauss production of Young Frankenstein. Before that, she was previously on the Strauss stage in the ensemble of Thoroughly Modern Millie. She has also participated in ULM productions. She played Meredith in Bat Boy the Musical, the Dancing Guerilla in Cabaret, Slue Foot Sue in Pecos Bill (ULM Children’s Theatre), and Terry in Extremities. She thanks both her mother and grandmother, who have supported her in all that she does. 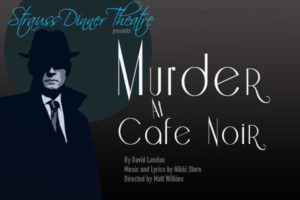