Sometimes the best stories in life are found in your own living room.That’s what R.T. Robinson discovered when he decided to write the play that eventually became “The Cover of Life.”

After years of struggling as an actor and musical writer, Robinson decided in the late ’80s to write a play “about what I knew about and about what mattered.”  So he looked at his own family and focused on his mother’s life in 1943, when she and two other sisters-in-law all lived with their mother-in-law in Louisiana while their three husbands were in the service. In the play, a reporter for Life magazine visits to write a cover story on the women.

But the story isn’t a sitcom of three just-married war brides — Tood, Weetsie and Sybil — all living under one roof. Instead it looks at the emerging independence of women, of the nature of men and women and of the eventual breakup of his parent’s marriage.

“I always felt they were very much in love and always wondered why that love could not survive,” says the 49-year-old Robinson before rehearsals recently in Hartford.  Certainly his family and his hometown are rich with characters. 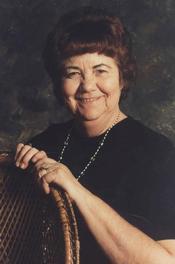 Robinson grew up in Bastrop, in northeastern Louisiana, about 15 miles from the Arkansas line. “It’s hilly land, very Faulkneresque: magnolia trees, bayous, very rich land, a lot of red clay. The town has a courthouse square.  “I used to say there’s 12,000 happy Christians in Bastrop. My mother is the grand dame of the Benita Road Assembly of God Church. It’s a wonderful small town. The older I get the prouder I am to be from there. But I ran screaming from the South when I was 20 years old to be sophisticated and all that stuff.”

He recalls when he first told his mother that he was writing a play inspired by her early life.  “Whenever I call, it’s always, `Whatcha doin’, baby?’ So I tell her I’m writing a play `… and guess what it’s about? You know when you and Aunt Aileen all lived together? I’m writing about that.’ ”  He says his mother was surprised but unfazed.  “Oh, Lord, you are?” says Robinson, imitating his mother’s sweet accent.

When the play began to be produced in workshops two years ago, Robinson thought he’d better let his mother read the script.  “It lays bare a few things,” says Robinson, “particularly the way it treats the men in that world. I wasn’t going to change the play based on her response because I felt I had been honest, but I felt it only fair for her to read it. And she loved it. She said, `I thought it was real good.’ But mothers are kind. If I were to win the Nobel Prize, she’d say, `Well, that’s nice. Now how you feeling, baby? Are you eating regularly?’ ”

“It kind of thrilled me that he cared that much about me,” she said during a recent telephone interview from her home in Bastrop. “Naturally I’m a little prejudiced. I think he’s good in his writing. But I really liked it because most of it is true fact. I didn’t give him any advice. I didn’t tell him to do any changes because it suited me pretty good.”  The only suggestion she made was to have the young married couple dance at some point. “His daddy and I loved to jitterbug,” she says.

Fife, who is still called “Tood,” says seeing the play on stage when it was first presented in New Jersey at the American Stage Company earlier this season “was just like reliving my own life. It’s a strange feeling. It brings it out better. You can see your whole life before your own eyes. It just seems more clear. You see incidents that went unnoticed before. And it does give me a sense of pride.”

She says people in the audience were eager to talk with her. “They were anxious to know what really happened later on. We told them we better not tell them too much; there might be a sequel. I told Ronn, you can write two or three stories on my life. He may write another story about me before it’s over with. I hope so.”

Robinson rediscovered his Southern background in his poetry several years ago. Then he decided to give one more stab at writing for the theater and proceeded to write what he knew.  And what he knew was Southern women.

His parents divorced when he was 6, and he and his mother moved in with his grandparents. There were always plenty of aunts around.   As for men, “There were few good ones, as I saw it.” (His father, Robert T. Robinson, died in a hunting accident when the younger Robinson was in graduate school).

The secret of great Southern writers is being born into a family of interesting, passionate women, Robinson says, pointing to Truman Capote, Tennessee Williams and William Faulkner, “men who sat around and listened to women.”  “I was always around women, and women love to talk to each other about the issues — and men. … So here I was, like the fly on the wall.”

Robinson says in order to write the play, “in my own mind I just went and sort of sat in the living room with these women back in 1943 and listened to them talk.”